How ditching the kit was way easier than expected

‘All the gear and no idea’ pretty-much sums up any first-time parents.  Most of us are willing to invest in anything that we think will make our baby sleep/feed/travel/live better. And before we know it we’ve amassed a whole mountain of paraphernalia that we think our children won’t function without. Here Rachel Tompkins reveals how ditching the kit has been way easier than she thought it would be.

It was every parent’s worst nightmare. We arrived at Perugia airport to discover that the suitcase with all the boys’ stuff in was still sitting at Stanstead. Panic hit. How would our youngest two-year-old to sleep without the favourite Robot PJ’s he insists on wearing every night, not to mention his special cuddly dinosaur and the Ewan the Sheep with the heartbeat sound sends him to sleep? (Forgive me Gina Ford!)  To my surprise, he just did! Perhaps it was the unusual surroundings, or the fact he was knackered from the long day travelling, either way he just did. Thankfully we were holidaying with friends who had children, so he borrowed a teddy to cuddle, and instead of Ewan’s heartbeat, the noisy fan soon lulled him to sleep. Note to self: Don’t bothering packing so much cr*p for the kids next time we go on holiday!

We’ve all done it – you rush to the park to meet your Mush mates only to discover that you’ve forgotten little cherub’s favourite pouch of pulverised food/healthy organic snacks/chopped fruit. When it first happened to me I was all set to turn around and come back home, convinced the boys would only eat the stuff that I had lovingly prepared for them in the way that only mum knows how.

Turns out though that other people’s picnics are infinitely more tasty than your own, and if your kids won’t eat cherry tomatoes/red pepper (delete as applicable) at home, they will if someone else has prepared it and it’s encased in a lunchbox which isn’t theirs! Makes you wonder if us parents are to blame for pandering to our kids’ fussy eating after all!

Not wanting to shell out a small fortune on our buggy, we bought a second-hand Bugaboo from a friend (they were all the rage when I had my eldest five years ago). It was in perfect condition – until my two got their hands on it! Two boys and four years later it’s no surprise that one of the wheels snapped. Cue total disaster. How would I get to toddler groups? How would we pop to our local shop for essentials?

My eldest was only four at the time and usually stood on the buggy board, whilst the then one-year-old rode on the buggy.

Not wanting to walk at the snail’s pace of my eldest, we opted for his scooter.

He loved the novelty of scooting everywhere, and the youngest was still small enough for a sling. He’s not a small boy (9 and a half lbs at birth) so I had my work cut out, but the upside was I probably shifted a few lbs myself that week in the process! And scooter-boy went from public injury-hazard to proficient path-cruiser!

Yes, it’s pink and yes, I’ve got two boys – but that’s the 2-year-old’s favourite colour and me and hubby couldn’t care less! So anyway, when I finished breastfeeding him before bed we swapped to a non-drip pink sippy cup. And that was what he took to bed with him every night with his milk in (I know I’m committing a cardinal parenting sin but we aren’t all perfect). So when he went to stay with Nanny for the night I was sure to pack aforementioned pink cup, desperate to make sure he went to sleep ok. Except when hubby got back from dropping him off it was sitting in the footwell in the back of the car. Not with the toddler. Of course, I was straight on the phone to Nanny, asking if she had anything similar, wondering if there was a shop open where she could buy a replacement in time for bed. She told me not to panic, it would be fine. And later that evening a message beeped on my phone saying that he had some milk from a beaker during his story and went to bed fine. S*d’s law I say!

It was the week before the school summer holidays when my 2-year-old declared one morning: ‘No nappy Mummy, me big boy!’

Some parents might have whooped for joy but all I could think about was being confined to the house with a potty-training toddler for the next eight weeks. Plus, he was only two months past two and if I’m honest I didn’t think he was ready.

But being a second child means he always wants to do what his older brother’s doing, and not wanting to quash his enthusiasm I bought him some pull-ups with pictures of cars on.

‘No nappy Mummy!’ he insisted. ‘Me want big boy pants!’

Consequently, I had no choice but to let my just two-year old ditch his nappies. And although the first couple of days were a bit…well…pissy, within a week he had nailed it. And I’d been forced to eat my words and question why I even owned a nappy bag any more? That’s definitely a piece of kit I won’t be sorry to see the back of. *Cue designer handbag on the Christmas list* 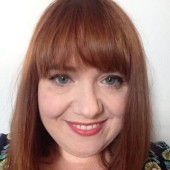 Test for BE task

The guide to smug parenting

Six genuinely useful tips for flying long-haul with a baby

6 easy ways to spice up your life